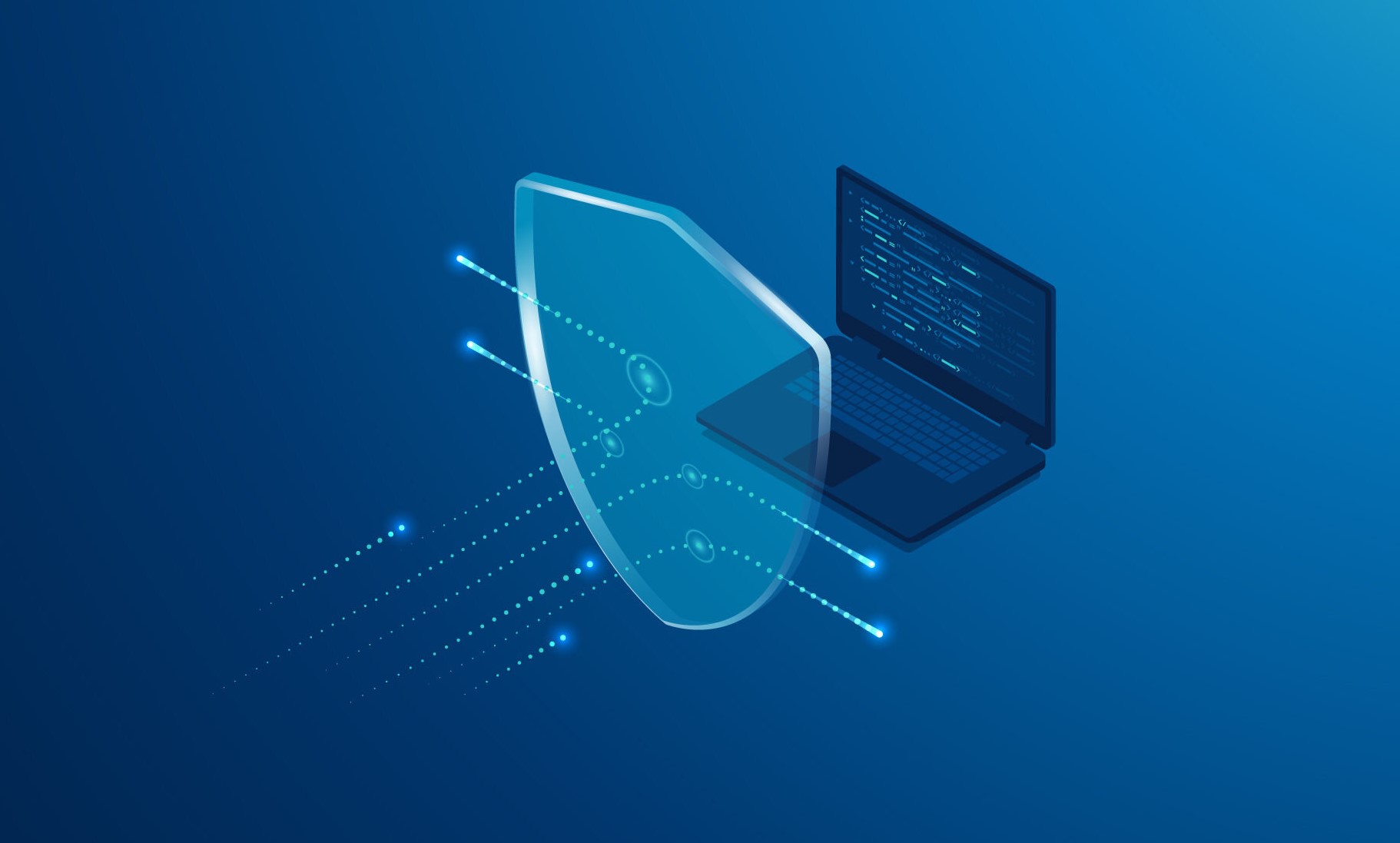 It has become crucial for IT organizations to secure applications. In the past, security teams were responsible for securing the network perimeter, and this has allowed developers to create any application they liked. Attackers have direct access to applications in today’s network, so, in simple words, sensitive data is only a click away. Assuming there is already an attacker inside a network, security experts operate as if it has already been breached. This all can be omitted by using security tools.

It is essential to incorporate security and security tools into DevOps because of its agile, continuous, and fast nature. However, many organizations struggle to do so. Good tools can assist organizations in putting the security in DevOps, despite cultural challenges or process challenges. By keeping developers, operations teams, and security teams on the same page when it comes to managing risks, these tools help organizations embed security within their DevOps organizations. With custom code development on the rise, there is an estimate that by 2028, the market for DevOps security tools will reach just over $23 billion.

In this article, we will have a look at some of the best security tools that are available in the market today.

Security is the first aspect in any application. Platforms like LambdaTest offer a wide range of security tools that a developer can leverage in order to secure their applications. Basically, LambdaTest is a cloud-based testing platform that allows devs and testers to test web and mobile apps across 3000+ environments. Using LambdaTest, you can also perform web and mobile test automation testing using frameworks like Selenium, Cypress, Playwright, Puppeteer, Appium and more, for your automation testing needs.

This list of free online tools offered by LambdaTest are robust and will make any developer’s life much easier.

Read on to learn more about them.

A hash value can be generated directly from a string using the online developer tool Hash Generator offered by LambdaTest. The Hash Generator will create a hash value based on the input value. You can use this Hash Generator by entering an input into the field “Enter Value” and hitting the Convert button, and voila! The output field shows the Hash value converted from your input.

It is a free tool that allows you to generate an HMAC. With this tool, you can compare it to the original string to verify integrity by using a secret key. An output hash of 256 bits is produced by combining a secret key with message data, hashing the result, then combining the hash value with the secret key again, and applying the hash function again.

The CRC32 hash generator allows you to quickly generate CRC32 checksum hashes from string input. A checksum for the file that you select is calculated by leveraging tools. When the reading process is complete, the checksum is displayed. Additionally, you can generate CRC32 hashes through your web browser.

Using this CRC32B hash generator, you can quickly create a CRC32B checksum from any string. In addition to this, you can use your web browser so that you can generate CRC32B hashes. This tool calculates the checksum of any file you choose. Once the reading process has been completed, the checksum appears.

With RIPE MD 128, web developers and programmers can generate checksums and hashes. The following algorithm creates a 128-bit message digest from arbitrary data in the form of an arbitrary quantity of data. It is a free online tool. This tool enables users to encrypt sensitive data, such as passwords and other personal information. The RIPE MD 128 hash functions were created by Hans Dobbertin, Antoon Bosselaers and Bart Preneel in 1992. Since RIPEMD was developed based on MD4, it worked on 32-bit processors, even though MD4 was weak.

It is a free online service that encrypts sensitive data. This includes data such as passwords and other personal information, using RIPE MD 160’s checksum and hash generators.  In order to generate a 160-bit message digest, the following algorithm uses RIPE MD 160, a group of hash functions, which were developed in 1992 by Hans Dobbertin, Antoon Bosselaers and Bart Preneel. Although MD4 was weak, RIPEMD could be used on 32-bit processors due to its development idea based on MD4.

This tool allows users to encrypt their vulnerable data, which includes aspects like passwords and other personally identifiable information. It is a free and an online tool made available by LambdaTest.  Based on an arbitrary quantity of data, this algorithm will generate a 256-bit message digest. RIPE MD 256 is a set of hash functions developed by Hans Dobbertin, Antoon Bosselaers, and Bart Preneel in 1992. Although MD4 was weak, RIPEMD worked on 32-bit processors, since the idea was based on MD4.

Free online tool that helps users encrypt sensitive data such as passwords and other personal information, RIPE MD 320 is a checksum and hash generator for web developers and programmers.  It generates a message digest of 320 bits from an arbitrary amount of data. The RIPE MD 320 hash function was developed by Hans Dobbertin, Antoon Bosselaers, and Bart Preneel in 1992. Although MD4 is weak, RIPEMD works on 32-bit processors. RIPEMD was developed in response to MD4’s weakness.

By using MD2 hash generators, important data such as public key infrastructure can be encrypted with a unique string of characters.  During the processing of the (lengthened) message, the first partial block of each block is used as the hash value. For every 16 input bytes processed, each auxiliary block is cycled through 18 times.

A string value can be entered into the input field and the MD4 hash function produces a 32-digit hexadecimal number.  If you want to encrypt your password, authentication token, or digital access key, the MD4 Hash Calculator can help.

In Adler-32 Calculator, you can compute a checksum for a string or file. You can then display it in hexadecimal, base64, or integer format. You can use the checksum to verify data integrity while transmitting.

In a matter of seconds, you will have your Adler-32 checksum generated using our free online Alder32 Hash Calculator. Enter your input in plain text, Base64, or as a binary file, and click on the Calculate button above.

The MD5 hash generator is a handy tool for PHP developers, ASP developers, and anyone who uses MySQL or other databases to store passwords, credit card numbers, and other sensitive information.  An MD5 algorithm generates a 128-bit message digest (a long number) with blocks of 512 bits and 16 words, each of which consists of a 32-bit bit string.

Any string can be used to generate an SHA1 hash using SHA1 Hash Calculator. It is more secure than MD5. Your files can be verified later with the SHA1 checksum generated by the online tool, or passwords can be protected by SHA1 hashes to prevent them from being leaked.  A SHA1 hash can be generated online by using a SHA-1 LambadTest’s online hash generator. A SHA1 hash is generated by taking any input and transforming it into a 160-bit message digest, which is usually shown as a hexadecimal number that has 40 digits.

In order to generate a secure password or protect essential information, such as personal, money transactions, and much more, we use SHA256 hash function generators which produce 64-digit hashes (SHA256 encoded). It allows users to secure their important data by generating 64 characters of SHA256 hash string that cannot be reversed.

It provides a hash function (SHA384 encoded) that contains 96 hexadecimal digits. You can use this password for securing sensitive information, such as personal information, money transfers, and more.

For software organizations in the coming years, security is, and should be, one of their biggest concerns. The right attitude and culture change must come from the teams and organizations themselves. Apart from this, the tools offered by LambdaTest will assist in implementing security in continuous development processes.  The best practices for web application security are maintained by all of the team members, so we can make sure our products are secure by combining the right tools and practices throughout the development process.