The animation and cartooning techniques that were popular in the past have significantly impacted the industries. Cartoons were hand-drawn and only used black and white during the beginning of animation’s history.

Over time, these hand-drawn animations were eventually changed with full-color cartoons created using contemporary technology such as computers. When you’re a youngster, watching cartoons is a delightful pastime.

Nothing is more enjoyable than revisiting your youth’s most cherished animated television episodes and films. Despite the undeniable fact that cartoons have progressed significantly over the years, it has maintained the characteristics that first set them out as something remarkable.

The animation techniques used in early and present cartoons differ in many aspects, yet they are also very similar in several factors. Old-school cartoon put more of an emphasis on creativity by utilizing one-of-a-kind characters and storylines.

In contrast, present animations tend to emphasize three-dimensional photorealism more. Even if the most delicate animation styles have progressed throughout the years. The cartoons of both early and present had the distinct allure that continues to endear them to audiences even after all this time has passed.

Facts and Comparison between Early Cartoons and Present Cartoons

Despite this progress, certain things have been lost along the shift from one period to the next. This article will examine those distinctions while presenting some instances for your consideration. 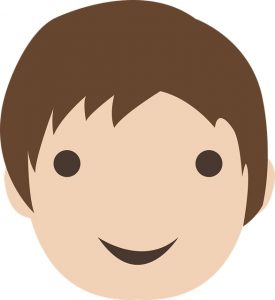 In the 1990s and 2000s, early cartoons were a mainstay of animation styles. However, in present times, it is usual to see these 2D cartoons inside TV advertisements or on children’s programs.

The phrase “2D animation” refers to a form of animation standard in the early half of the 20th century. The usage of two dimensions characterized this style of animation. Creating a 2D animated video is accomplished by compiling several hand-drawn pictures and photographing the finished product. 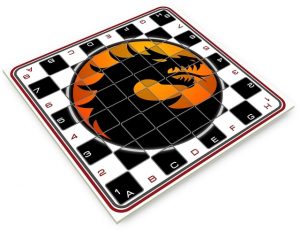 The animation was created using 3D modeling, rendering, and animation techniques. Various styles, including keyframing, motion capture, and face scanning, may be used before or during a photograph to produce computer-generated images of the models.

This technique is often used to have more lifelike visual effects. An animated film that uses three-dimensional models developed on a computer is referred to as having 3D animation, also known as computer-generated imagery.

The creation of 3D animation may be accomplished via specific software tools. It can be achieved with relative simplicity through digital video editing systems.

Let’s start with the 1994 version of The Lion King. In this contemporary animated film, the characters have a humanlike quality that is typical of the medium. The colors in this film are also quite vivid. As far as the eye can see, there is nothing but a field of blue-green grass and an orange sky with a faint sun.

The colors in the new 2019 version of The Lion King are more vibrant. But it also has some of the original film’s hallmarks, such as the effective use of silhouettes to emphasize key plot points.

The 2019 version of The Lion King features more detail in every aspect of the animation style compared to the previous one. This includes fur texture, hair movement, and muscle action.

The Japanese animation technique known as anime is quite different from its Western counterpart. Compared to their Western equivalents, they seem more realistic and include more intricate designs.

Characters in anime tend to have exaggerated eyes and understated noses so that their emotions can be better seen. Anime series is a kind of Japanese animation that draws significantly on Japanese mythology, folklore, and culture; for example, some cartoons incorporate mythological creatures, domestic animals, and ethnic groups.

Godzilla is one example; the series has featured many monsters with roots in Japanese mythology and history. Simultaneously, there is Hayao Miyazaki’s Howl’s Moving Castle.

Animated movies often use the stop-motion animation style. The animator will move an item, keep it in place until the film frame is rolled again, and then move it again. The stop-motion effect is achieved by repeatedly carrying out this procedure for each film frame.

Animators working with clay typically have to make minor adjustments to the model’s form to guarantee a striking impression is captured in photographs. 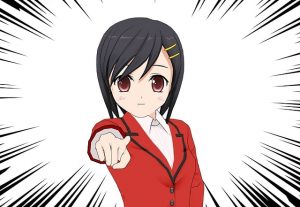 Even though oil painting animation is seldom used in present cartoons, it is sometimes used. What works best depends on the mood you’re trying to create if the artist wants the audience to feel sentimental.

They may wish to use a nostalgic painting style, such as an old cartoon one. Animated oil paintings are a type of art that transports viewers to another time and place.

As a result, you may learn about events in other nations and reflect on what it was like to live during that time. Artists from different backgrounds collaborate to make oil painting animations. Unlike traditional animation, those who see these works fall in love with a beautiful setting.

Which generation had the best cartoon?

Everyone liked watching cartoons as much as any other child growing up in the 90s. The older cartoon had entertaining and worthwhile material, making it possible for people of any age to enjoy seeing them again.

Watching all of the early great cartoon programs when they were delightful for people of all ages was the path to happiness. There were many fan favorites on the list, including Scooby-Doo, Duck Tales, Gummy Bear, Dexter’s Laboratory, Tom & Jerry, Talespin, and Alladin, to mention just a few.

Funimation is one of the best animated streaming sites focusing on dubbed anime shows to serve English-speaking audiences. The website provides the most recent information about anime series showing during a specific season and is notable for creating English dubs of famous anime films.

Additionally, a variety of anime series, both ongoing and finished, are available in the Funimation collection. On Funimation, users may watch it for free with advertisements or pay to eliminate them.

You can watch a tonne of popular anime online for free thanks to GogoAnime. This anime website provides you with the most recent season’s anime’s updated storyline. It solely streams Japanese anime and delivers high-quality anime movies and videos.

You may also watch the English-language animated series, so you won’t need to depend on subtitles to follow along. Additionally, the website features a part where you may always see high-quality animated films. GogoAnime is one of the top anime streaming websites that you must use if you want to watch anime.

9Anime is the next top anime streaming sites. According to the website, anime movies and television shows are available in ultra-high definition. It involves the most popular anime series. The website stands out because a section of it displays the release dates for future anime episodes.

Additionally, it features a function that lets users ask for anime to be added from a list of existing series they currently possess. To speed up access, all anime series and episodes have been correctly categorized based on their respective categories.

A fantastic anime website is AnimeFreak, where you can discover the most recent episodes of the anime series and films you often watch and the most recent chapters of the comic books you are currently reading. The website’s alphabetical list feature makes it easy for you to navigate. Using the site’s alphabet list tool will make browsing easier.

The site offers a variety of genres from which to choose if you’re seeking for new anime to watch. This website is ideal for anime fans that are otaku. Its many pop-up advertisements, nevertheless, might be inconvenient.

One of the top free anime streaming websites is Chia-Anime. In 2009, the business established a branch in Japan and had since maintained its policy of offering free services to customers all around the globe.

Almost every anime series you can think of may be found here. International viewers may access it with English subtitles and superb video quality. When watched, videos load fastly than other videos, without buffering and without obnoxious advertising.

Since the dawn of time, the craft of cartoon animation has been subjected to various shifts and developments. The creation of cartoon may take many forms, and each state has its advantages and disadvantages depending on the kind of presentation or message it is intended to communicate.

If you have a clear idea of the sort of cartoon you want to create, you’ll be better able to choose the method to help you achieve your objectives.