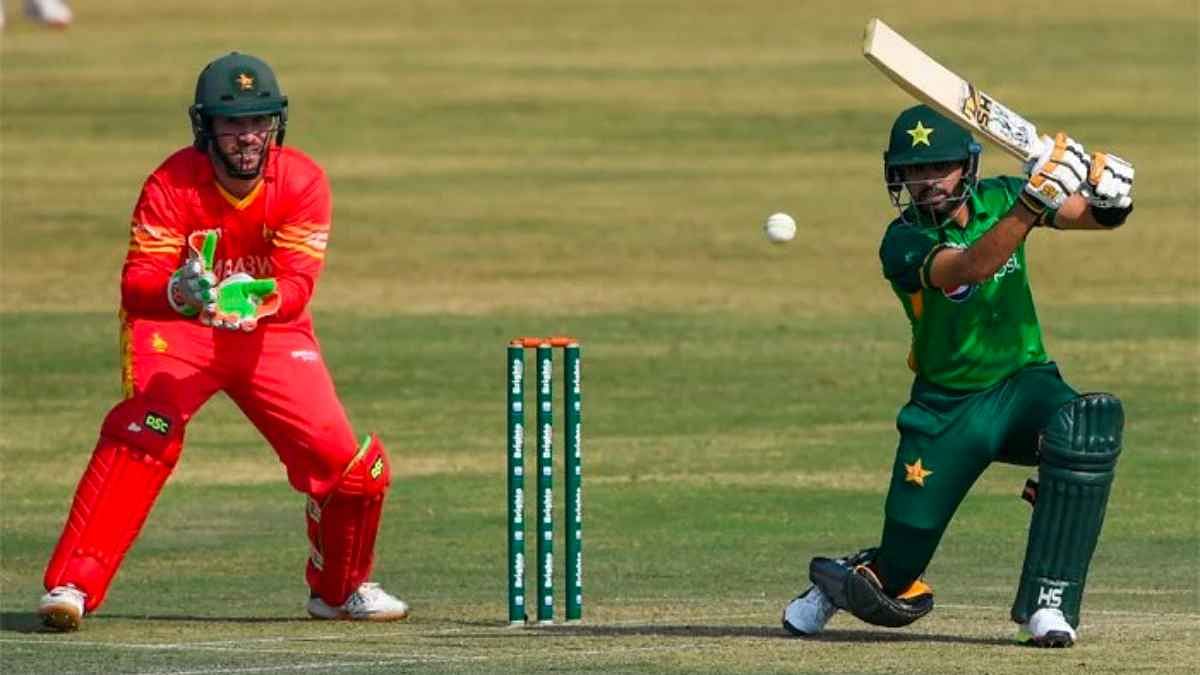 India once again turn the game last weekend in their favor after winning the match in the final over, Virat Kohli performance overtake Pakistan pace attack. Haris Rauf, Naseem Shah provide the wickets which are much needed but did not work for the Pakistan side. The major faiulre which cost this match to the Pakistan is the opening start Babar and Rizwan.

There is a time when Babar and Rizwan give the unique start to their side and fighting total to the opponent side, however this weekend nothing work for both, Babar out on just 1 run and Rizwan could not hold much time out just after Babar. Pakistan dont have much more games to produce points just 3 more games after Zimbabwe clash.

Wessly Madhevere, Richard Ngarava, and Skindar Raza, the players to watch for the Zimbabwe team, these three players already given there best and hopeful to continue their Journey. The last few fixtures that played between these two teams, Pakistan dominate those, there is only 1 match in April 2021, which is won by the Zimbabwe side against Pakistan with 19 runs.

The T20 world cup is totally different this year, the situation will be different on 27th October for the Pakistan, they have to push fast runs because the weather conditions can be change at any moment and if the run rate is slow and less runs scored in 1st 10 overs of the match things will not work for the Pakistan side.

Shaheen Shah Afridi is one of the leading bowlers in the Pakistan cricket and he is the one who can change this match, he came back from Injury could not take much attention in the previous game against India, but this is his moment with bowling to produce the quantity his team much needed.

Babar Azam and Rizwan both are looking for oppertunity for scoring runs they will get against Zimbabwe, all they have to do is to control their wickets in the early stage of the match. Both of them in the past chase the score single handedly.

Zimbabwe will give no room to Pakistan, they are close to get qualification this year, they have three matches in hand already upset Australia before the world cup T20. Pakistan will later play South Africa in the group match and than Bangladesh these two matches will decide the fate of Pakistan cricket team in T20 world cup.

Middle Order problem the runs are not coming from middle order, but this time it looks like Iftikhar, Nawaz, and Shadab helped their side against India to reach the total 160, these players have capabilities to score fast runs with limited number of balls. There were also a lot of controversies but it is a fact that Pakistan was on the losing side. The bowlers of Pakistan did their job very well but their batters disappointed the fans. Now they have to beat Bangladesh, South Africa, Netherlands, and Zimbabwe to go to the semi-finals.

The first match of Zimbabwe against South Africa was washed out by the rain two points were distributed between these two teams. Now they are going to face a strong and expert T20 team Pakistan. Zimbabwe was good in qualifier matches and won two out of three matches but they had not been tested properly in super 12. They will need to play with full strength against Pakistan.

Where to Watch Upcoming T20 World Cup Matches : In Pakistan the coverage of the match telecast live on PTV Sports while in India coverage telecast on DoorDarshan for free. StarSports hold the coverage rights but you have to pay for the subscription. HotStar the app where you can watch maximum number of sports free online with limited time subscription. You can watch the coverage of remaining matches of T20 world cup on YouTube, Hulu, Hesgoals and other top sports app. If you are looking for free live coverage of the matches you can access on it HesGoals Streaming. Find more news at TheTechTarget